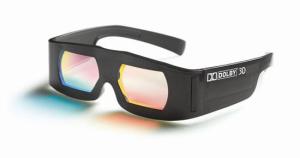 “Avatar was both an epic story and a technological leap,” said Cameron at the event announcing the collaboration. “While fans watched it for the story, I don’t have any doubt that the amazing and ultra-realistic 3-dimensional rendering of Pandora and its inhabitants contributed to the film’s success,” he continued, referring to the movie’s US$2 billion box office collection worldwide.

“People are definitely warming up to the idea of watching their movies and TV series in 3D,” he said enthusiastically. “And now we’re pushing the boundry even more. 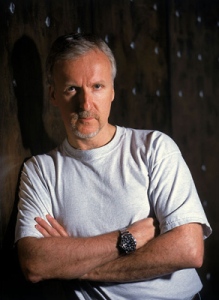 “Rather than settle with viewing movies and TV programmes in 3D, we thought, why not expand the viewing pleasure of 3D to the real world, where most people spend their waking hours?”

Cameron explained that, upon wearing the Really-Real-Reality™ 3D glasses (R3D3™), priced at US$499 for the battery-powered model and US$759 for the rechargeable model, wearers would be able to enjoy both 3-dimensional vision and complete, digital surround sound, as they look at their real world surroundings.

“From trees, buildings, objects and even other living things around the wearer, he would be able to see them in complete and ultra real 3D, just like in Avatar, as if he could reach out and touch them,” said Cameron. “I personally tried it on during testing, I was blown away. I saw a real car zooming towards me when I was crossing the intersection, and seeing it in 3D, I instinctly avoided it, as if it was really going to hit me! I couldn’t believe that our technology could produce something like this, a simple device that brings the realness of my movie, to reality. These things are amazing!”

Cameron, however, cautioned that the first experience wearing the R3D3 glasses could be difficult for some people.

“As with any new device or technology that alters human perception and connection with reality, the R3D3 glasses may cause nausea for certain people, expecially those with a pre-existing travel-sickness condition. In some cases, the wearer may not experience the 3D perception in their real surrounding, but would only percieve 2D, or even 1D.

“However, tests have found that the unpleasant experience is only temporary. In a couple of days, customers with those difficuties would be able to enjoy their real surrounding in complete 3D. But nevertheless, we’ve set up a team of support staff and a Hotline email, www.R3D3experience.com,  to cater to these teething and adaptation issues,” said Cameron confidently.

“Get ready to really experience the real world!”