GALAS — As the campaigning heated up between Barisan Nasional (BN) and Pakatan Rakyat’s PAS in the state constituency of Galas, Kelantan, a group of men in the area have voiced their disappointment that Jessica Alba was not nominated to contest by either political party. 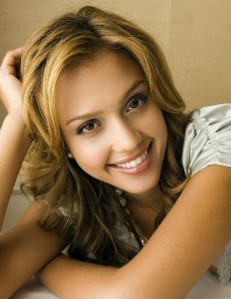 Sounding sour and dejected, petty trader Hashim Mahmud, 47, said that he was expecting the sizzling hot actress to be fielded in the by-election, to be held on Nov 4.

“Unbelievable. My fellow men and I were really hoping Jessica Alba would contest to be our representative, but apparently the top leaderships of both political divides don’t really listen to us in the grassroots,” said Hashim, as he sipped his kopi-O (kurang manis) at Mek Yah’s coffee stall near town centre. “We had petitioned to both Barisan and Pakatan to put Miss Alba to the forefront, and that we’d all vote for her … but I guess neither side really wants to win.”

“Yeah, I would vote for her in a heartbeat,” said taxi driver Nik Sulaiman Nik Sani, 32, munching on Mek Yah’s delicious currypuff at the next  table. “I mean, I have this deep belief that she would stand by the rights and fight for the welfare of every Galas citizen if she gets elected. Her flawless tan, goddess-like figure and enchanting eyes just tell me that Galas would benefit greatly from this point onwards, and that development would flow in, like her beautiful golden mane. I would vote for her twice if I could. Five times!”

The BN named Gua Musang Umno division secretary Abdul Aziz Yusof as its candidate for the Galas state seat, while PAS is fielding Dr Zulkefli Mohamad in a straight fight by-election, after the death of the incumbent from PAS, Chek Hashim Sulaima, 46, on Sept 27.

“Jessica Alba is the personification of true beauty,” added retiree Lim Chang Man, 66, as he smiled misty-eyed. “She is absolutely and undoubtedly the most gorgeous human being in the world. No, in the universe. Her talent, as showcased in such critically acclaimed masterpieces like Fantastic Four and Sin City is proof that she is the perfect person to represent the residents of Galas.

“I mean, even when she was Invisible Woman, her inner light still shone brightly, like a beacon of hope for the people. I am so upset she is will not be showing her sexy curves here, campaigning for our votes. Both parties have failed us.”

The 29-year-old California native was said to be the number one choice as candidate for the Galas men, beating the likes of Scarlett Johanssen, Katy Perry and Helen Mirren.

“The rest of them can never come close!” said Hashim, angrily banging his fist on the table, much to the annoyance of Mek Yah, glaring nearby. “Scarlett is hot, but she’s got this air about her, as if she’s above us the regular folks. Helen Mirren’s a bit too senior to understand some of the concerns of the younger voters such as myself, and Katy Perry? Please. While she looks stunning in those candy-coloured rubber mini-dresses, her husband Russel Brand is a liability. He looks like a drug addict! Would you want that kind of negative influence entering your community? Not me!”

The group said that they were considering boycotting the by-election, seeing how visually unstimulating the candidates are.

The men admitted, however, that they still hope that there would be some sort of last minute intervention from any higher powers, which would bring Jessica Alba to Galas.

“Who knows,” said Nik Sulaiman, staring blankly at a picture of the superstar, which he carries with him anywhere he goes. “Maybe somebody up there will see the wisdom of making her our assemblyman. Obviously she’s perfect for the job.